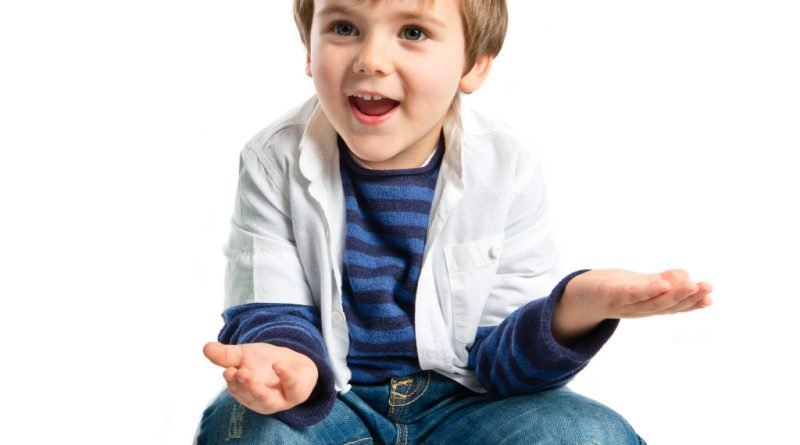 Babies begin babbling as early as six months old and typically say their first word by 12 months of age. As with all developmental milestones in babies, this can and will vary from child to child.

On average, babies begin to babble around six months of age. Many can say a few words like “mama” or “dada” by the time they are 12 months old.

Parents and caregivers are eager to know when their children will speak. Typically by age three, most of what a child says should be understood. This can, of course, vary by child.

At What Age Do Babies Start Talking Clearly?

Babies begin non-verbal communication soon after birth. They use facial expressions, cries, smiles, and other physical indicators to express their emotions.

It is the only way they can tell us if they are hungry or happy or tired, or any other emotion.

The first three years of a child’s life will include critical speech milestones in their language development. The exact ages that these milestones occur will vary by child, but most reach the same steps toward speaking clearly.

By six months of age, most babies begin to babble. intention of meaning. In other words, they are not actually saying “daddy” or “mama,” but rather, they are simply stringing similar consonants together to make sounds.

A baby’s first real word  occurs on average between 12 and 18 months. At this age, when they say consonants like “mama” or “dada,” they are, in fact, saying it with meaning. Other common first words include “hi” or “bye.”

By 18 months, most babies can say several simple words such as “dog” or “ball.” However, they won’t always speak clearly.

It is common that they leave off the beginning or end of words at this age. For example, they may say “daw” and “baw” meaning “dog” and “ball.” They also begin to repeat words more easily around 18 months.

In addition to verbal communication, they also begin to communicate more nonverbally by pointing at objects they want or using other gestures to communicate their needs and wants.

Babies begin to form simple two-word sentences by the time they are two years old such as “hi mama” or “more milk.” Between two and three years of age, babies go through rapid and expansive speech development.

By the time your child is three years old, 75% of their vocabulary and speech should be clear and understood. They should now speak in full sentences and have a much larger understanding of how words can be used.

They begin to absorb a lot more information about the world around them and begin to verbalize their knowledge of this. Some examples of phrases include “where daddy goes?” Or “I want milk.”

As with all developmental milestones, the amount of words a baby can say and when they begin to speak will vary from child to child. Most children say their first word between 10 and 15 months old.

Any words they are able to say will be simple and may not be clear, but you will be able to understand what your child is saying. By 18 months old, most children can say 10 words or so.

Again, these will be simple and not always clear words, but they do have meaning. After 18 months, their vocabulary dramatically expands and by age two, most children can say around 50 words.

It is also at this age that they begin to form simple two-word sentences such as “mama up” if they are asking to be held. Between 2 and 3 years old, there will be another drastic increase in their vocabulary and ability to communicate.

By 3 years old, most children are able to say 200 words and speak in three and four word sentences.

When Should A Child Be Understood By Others?

When babies first begin to speak, they don’t always speak clearly. This will improve over time, at varying rates for each child.

By the time a child is three years old, they should speak clearly enough that 75% of their language is understood. By age four, most, if not all, of a child’s speech should be understood clearly, even by someone other than their parents or main caregivers.

Other Ways To Communicate

Language is not the only way a baby can communicate. Many children who are not verbal find other ways to communicate.

Babies first learn to communicate by pointing at an object they want or grunting to get attention or indicate that they need something. Sign language can be a powerful tool for babies who don’t speak yet or toddlers who may be a bit behind in their speaking abilities.

Babies can quickly understand and perform gestures sometimes more easily than speaking verbally, so teaching them signs can be a wonderful alternative form of communication. Common signs to teach your child include “more, eat, milk, all done.”

If you are having trouble understanding your child’s speech or they are not talking a lot, it can be very frustrating for both you and your baby. Sign language can help break down the barrier and help you understand and meet your child’s needs and wants more easily.

Remember that children reach milestones, including talking, at their own pace. If your baby has not reached these language milestones “on time” it does not necessarily mean there is an issue.

There are always ways we can try to help at home before seeking outside assistance. Babies learn to speak from observing and listening to everyone around them.

From birth, we should be speaking to our babies even though they cannot speak back to us yet. Narrating daily activities is a great place to start.

For example, you can talk out loud and tell your child things like “I am putting on your shirt” or “I will open the door.” Use any opportunity to to talk and teach new, simple words.

For example, point out trees, cars, and other objects you see when outdoors. They absorb so much information this way.

Reading is also very important, even at a young age, and has been shown to help develop language skills in the future. As your baby gets older, they can help turn the book pages and you can ask what objects they see on each page.

When speaking to your baby, give them a chance to respond, even if they are not verbal yet. A pause after a question helps babies learn to engage in conversations.

They may respond with coos or babbles and you can respond to show them that you understood their answer. For example, if you ask which book they want to read and they point to one, you can say “I see you want to read the book with the bear on it.”

Communication, even non verbally, is the foundation of developing strong language and speaking skills.

Speech Delays And When To Seek Help

There are many ways to help improve a baby’s speech abilities, but if you don’t see improvement and are concerned about your child’s language development there are many resources available to help. Some signs that it might be time to seek help include:

As with all things, trust your gut. If you feel something is wrong and your child needs more help than you are able to provide at home, speak to your pediatrician. They can typically refer you to a speech language pathologist or appropriate specialist who can evaluate your child and determine the next steps, if any.

The first three to four years of a baby’s life are a constant development of speech and language abilities. Babies begin communicating before they are even able to verbalize their language.

Newborns make faces and coos, which become babbling at around 6 months old. Milestones will vary by child, but most babies say their first word by 12 months old.

From there, their vocabulary and speech skills rapidly improve. Typically by age three, a child speaks in three and four word sentences and 75% of what a child says should be understood.

By age four, most of a child’s speech should be clear and understood. 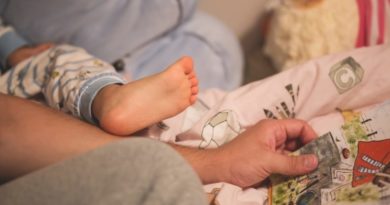 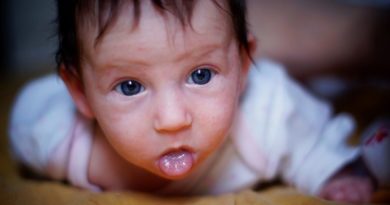 Parent’s Rights is a participant in the Amazon Services LLC Associates Program, an affiliate advertising program designed to provide a means for sites to earn advertising fees by advertising and linking to amazon.com.
Baby's First Year

When Do Babies Start Talking Clearly

Babies begin babbling as early as six months old and typically say their first word by 12 months of age.